K22 Bonesvalls: a gourmet wine to pair with Michelin stars 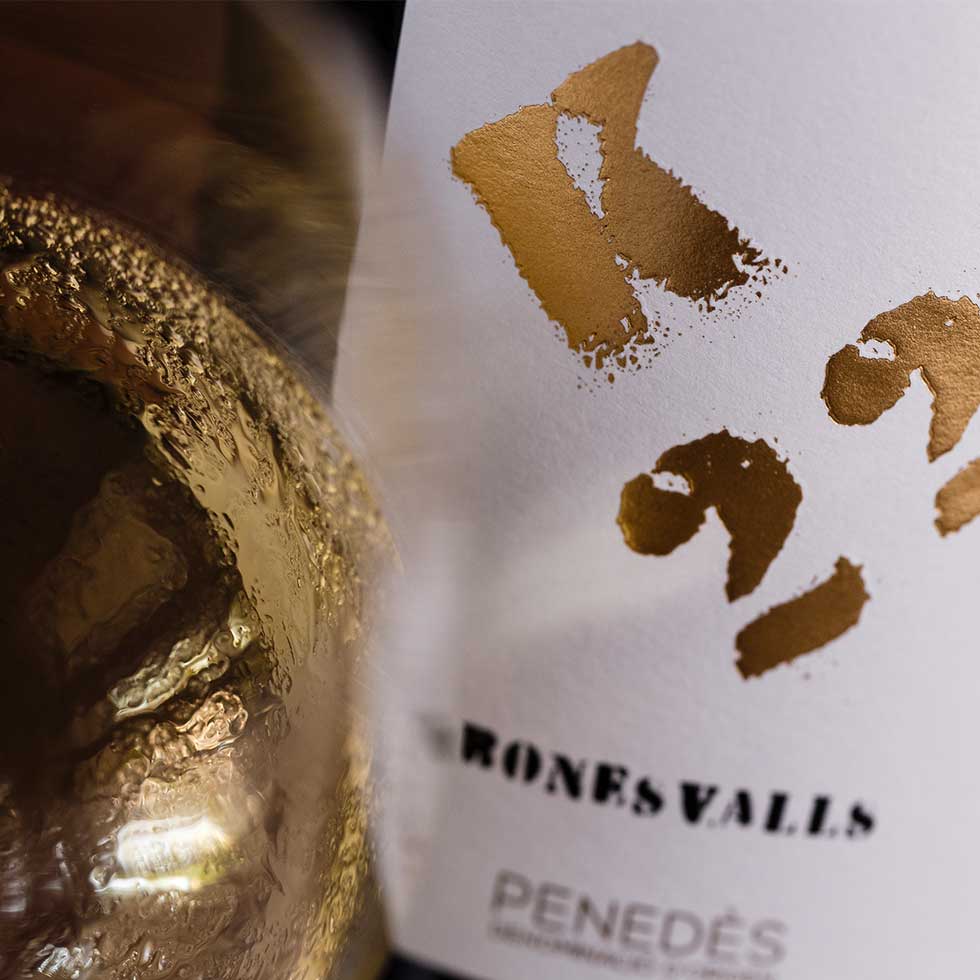 K22 Bonesvalls: a gourmet wine to pair with Michelin stars

Great wines are born of passion and respect for the land—traits that winemaker Laurent Corrio and Jordi Vicente, director of Food and Beverage at Hotel Arts, have in common. Their teamwork has given rise to an organic and artisanal wine that’s custom-made for one of the best restaurants in Barcelona.

K22 Bonesvalls is an exclusive, limited edition wine from the prestigious Alemany i Corrio winery, designed to be an ideal pairing for the dishes at Enoteca Paco Pérez. If you want to drink wine in Barcelona and you’re looking for an authentic Mediterranean experience, Hotel Arts Barcelona is the place for you.

Enoteca Paco Pérez: the essence of the Mediterranean in every bite and every sip

Right around the date of K22’s release, the renowned flagship restaurant of Hotel Arts Barcelona is celebrating the confirmation of its well-deserved second Michelin star. And what better way to celebrate than with one of the best Barcelona wines—possibly one of the best wines in the world?

Since its beginnings in 2008, the renowned culinary concept conceived by Paco Pérez has been defined by its devotion to quality raw materials. Along with its award-winning Mediterranean cuisine, one of its signature hallmarks is the importance placed on the wine that’s paired with each dish.

“A spectacular menu with more than 700 first-rate wines.”

Each night, sommelier Susanna Cariolaro masterfully manages a spectacular selection of more than 700 first-rate wines, with highlights including precious rarities like Silex and Asteroide by Didier Dagueneau; great Spanish wines like Sorte O Soro and Godello; and exquisite cavas like 456 Gran Reserva de Codorniu. An enviable and constantly evolving variety of vinos that turn the Hotel Arts restaurant into one of the best places to taste and drink wine in Barcelona.

As Susanna reminds us, the etymological meaning of “Enoteca” is not only a place that serves and sells wine, but a space with a clear mission to spread knowledge about the winemaking culture. The restaurant takes this commitment far beyond the dinner table by organizing Barcelona wine tastings, partnerships with distinguished brands like Dom Perignon and celebrations like the 75th anniversary dinner of Vila Viniteca, which brought together some of the best producers of Barcelona wines and others from around the world. With the creation of K22 Bonesvalls, it goes one step further in its dedication to wines with their own unique personality.

A Barcelona wine tasting with an exceptional sommelier

Susanna gets emotional when he tries a good wine. He says that each sip takes him back to the start of its story, to the plot, the land, the growth cycle and its environmental impact, the landscape, the culture that surrounds it, etc. In his own words: “The story of wine is like a good movie, an art in and of itself.” When he tasted K22 Bonesvalls for himself for the first time, he sensed a story that he had been part of from the beginning, but it surprised him nevertheless.

“The story of wine is like a good movie, an art in and of itself.”

He offers three options to accompany the superb tasting menu at Enoteca Paco Pérez: pairings (one Spanish and one international), bottles and wines by the glass, allowing him to invite guests to experiment with the different elements of each dish and explore new territories with each bite.

In this case, the versatility of K22 Bonesvalls makes it the perfect travel companion for a journey through the dishes of Enoteca Paco Pérez.

Barcelona wines and Penedès: the flavor of passion

Everything on the bottle’s label makes reference to the wine’s origins. The golden letters and numbers of K22’s name correspond to the kilometer marker on the BV-2411 highway that leads to the small town of Olesa de Bonesvalls. The Penedès designation of origin essentially encompasses a unique treasure map, where X marks a very specific spot in the geography of Alto Penedès: the small vineyard where K22 was born.

The Alemany i Corrio winery rises from an old Xarel-lo vineyard with over 70 years of history.  Founded in 1999 by Irene Alemany and Laurent Corrio, this modest winery has benefited from the naturally rich climate and earth, which—along with a production process that’s organic, artisanal and undeniably loyal to the land—have made it an undisputed leader in the Penedès D.O.

The passion that brought the couple together, not only in this project but also in marriage, is infused into the plot-based wines they prepare in their small workshop. They always employ natural methods and never use fertilizers, pesticides or chemical products. These are some of the distinctive features that caught the attention of Susanna Cariolaro and the Enoteca Paco Pérez restaurant, way back when the celebrated winery first started producing the marvelous and beloved Sot Lefriec red wine. This was followed by other successes such as Pas Curtei, Principia Mathematica and Cargol treu vi. Now, with the production of the exclusive K22 Bonesvalls wine, they’ve only confirmed the rise of a winery that’s essential for anyone who wants to drink wine in Barcelona.

A gourmet wine inspired by the award-winning cuisine of Enoteca

The creation process of K22 reveals its creators’ profound respect for wine, the land and the environment. The grapes are harvested at the optimal moment, then submitted to gentle pressing with a specific pellicular maceration and static racking. This elaborate process results in a must flower of the highest quality, which undergoes natural fermentation from native yeasts at a low temperature. It’s kept in new barrels for slightly more than two months and aged in different barrels for ten months, without any transfers or battonage. After tasting from the barrels, Laurent decided to add 10% Chardonnay.  A gentle clarification process and trademark bottling and labeling by hand led to the first and—for now—only 334 bottles of K22 Bonesvalls.

This is a white, organic, artisanal and naturally made Penedès that combines Xarel-lo and Chardonnay with elegance, balance and harmony. It has a straw-colored hue with golden highlights, an oily texture when served, an interesting weight and great body in the glass. It exudes fragrances of fruits and white flowers over a light base of pastry, mineral notes and an understated barrel. It’s fresh and explosive, with a smooth, round mouthfeel, medium intensity, notes of honey and acidity that moves toward the sides of the tongue, stimulating salivation. It’s a plot-based wine with a personality and identity linked to the land, light but structured and easy to drink. It encompasses the three pillars of Enoteca’s award-winning cuisine: olive oil, wheat and wine. It’s ideal to pair with any type of dish, especially prawns and porcini mushrooms—a risky option, but the wine has a way of cleansing strong flavors.

“One of the best wines I’ve ever made.”

K22 Bonesvalls is an occasion in and of itself; one that wine lovers can’t afford to miss.  In the words of the esteemed winemaker Laurent Corrio: “one of the best wines I’ve ever made.” So if you like to drink wine in Barcelona and you’re looking for a unique experience, the fruit of a passion for good wine that’s imbued with the soul of Michelin-starred haute cuisine, we suggest you get to Hotel Arts Barcelona before they run out of one of the best Barcelona wines, which you can only taste at Enoteca Paco Pérez. We’ll see you soon!